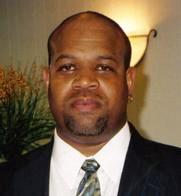 been performed throughout the United States and Europe.  With the exception of "Vigil: for those who do not know", published by Kjos Music Publishing, his compositions are published by ODJ Publishing

Recent projects have included “Harriet” for Symphonic Winds inspired by Harriet Tubman’s work with the Underground Railroad, commissioned by the Montclair State University Symphonic Winds, Thomas McCauley director, and “Two Allusions” for Percussion Ensemble and Winds, commissioned by the Milliken University Percussion Ensemble, Brian Justison, director.
In 2001, he was the recipient of Louisiana Tech University's "Bandsman of the Year" Award, given annually to outstanding alumni. He is a two time winner of the Michigan State University College of Music Honors Competition in Composition, once for Singing Tree, premiered in April 2007 by the MSU Symphony Band, and for Tapestry, premiered in December 2008, by the Michigan State University Wind Symphony.
Dr. Douglas holds a Doctor of Musical Arts degree from Michigan State University, a Master of Music degree from Central Michigan University, and a Bachelor of Arts degree from Louisiana Tech University. He has also done graduate studies at the University of Mississippi. He has studied composition with Mark Sullivan, David Gillingham, Jere Hutcheson, and Augusta Read Thomas.
Dr. Douglas currently serves as Assistant Band Director for the Lake Cormorant Schools, Lake Cormorant, Mississippi.  He is affiliated with ASCAP, American Composers Forum, Phi Mu Alpha, Kappa Kappa Psi, and Phi Beta Mu.

O'Neal Douglas is a composer of emotionally compelling and powerful music. Conductors and performers alike have hailed his poignant compositional style.  He composes for a variety of vocal and instrumental musical ensemble types including wind band, orchestra, choir, or chamber music.  He has received numerous commissions and his compositions have